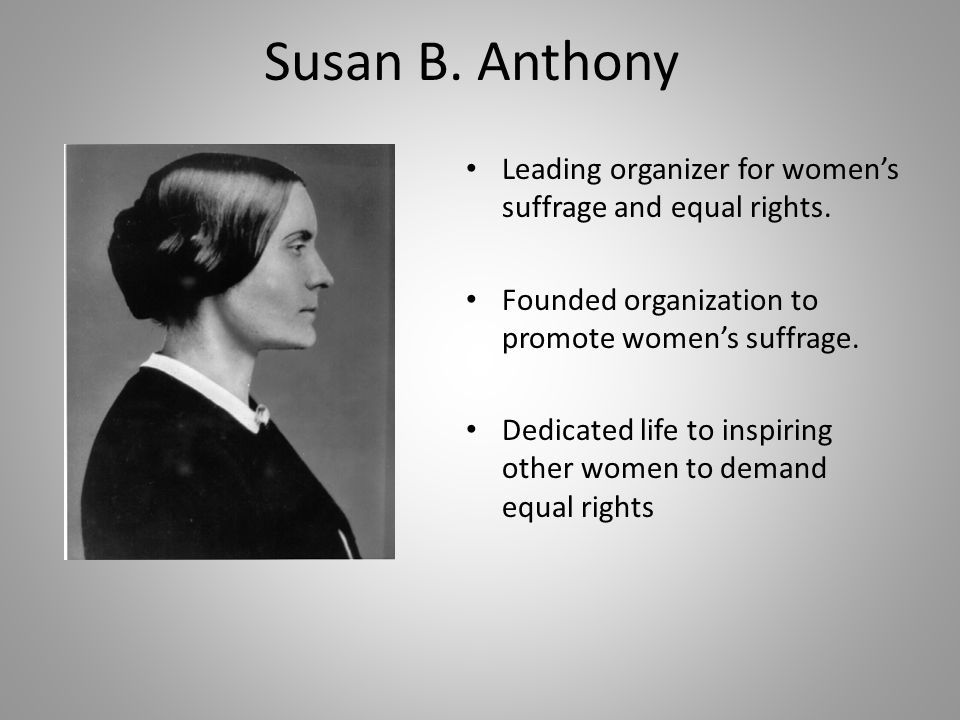 Susan B. Anthony and the DAR

Excerpted from a speech delivered at Corn Hill Landing, Rochester, NY on July 21, 2017 by Kathy Hodges

When she joined the Irondequoit Chapter of the Daughters of the American Revolution (or DAR) in 1898, Susan B. Anthony lamented that she could not take a more active role, writing, “I have been, and must continue, to be busy working to secure for the women of this day the paramount rights for which the Revolutionary War was waged.”

In 1902, Susan B. Anthony received a standing ovation at the DAR Congress in Washington, DC.  President General Fairbanks enthusiastically proclaimed, “It gives me great pleasure this evening to greet Miss Anthony, the honored guest at any gathering, and the great emancipator of women.”

At her death in 1906, the Irondequoit Chapter joined with mourners from around the country and around the world with these words: “This chapter has been blessed in the membership of such a woman. We loved her ardent courage and her never-failing faith in the might of right; we revered the selflessness that enabled her to give herself, body and spirit, to the service of humanity.”

Nearly half a century later, in 1945, the Susan B. Anthony house at 17 Madison Street was purchased and established as a memorial. Our own Martha Taylor Howard, a 50-year DAR member, led the project to preserve the house and to create “a depository for material related to Susan B. Anthony and the suffrage movement.”  Howard’s 1956-1957 annual report reflects how much progress was made in less than a dozen years: “The Anthony House is a unique center commemorating a great leader and the woman suffrage movement, and there is growing interest in its recognition.” Later, she reports: “The new NYS Thruway map lists above the name ‘Rochester’ two places—George Eastman House and Susan B. Anthony House.”

In 1900, just after her 80th birthday, Miss Anthony attended the DAR Congress with her successor, the newly installed president of the National American Woman Suffrage Association, Mrs. Carrie Chapman Catt. In a brief speech to the DAR delegates, Mrs. Catt remarked: “The difference between your organization and ours is that you are celebrating history and we are making it.”

Now, 117 years later, Irondequoit Chapter NSDAR is grateful to commemorate the 100th anniversary of women winning the right to vote in New York State. We are honored to pay tribute to our beloved fellow daughter, to remember “the great emancipator” and to enthusiastically celebrate the past and make today’s history!

Home Page  |  Goals & Objectives  |   Membership Information  |  Meetings & Activities  |  Our Revolutionary War Ancestors
​The Hervey Ely Chapter House  | Chapter Officers and Contact Information  |  NSDAR  |  NYDAR | Susan B. Anthony and the DAR
The content contained herein does not necessarily represent the position of the NSDAR.
Hyperlinks to other sites are not the responsibility of the NSDAR, the state organizations, or individual DAR chapters.
Website updated December 28, 2017
Webmaster